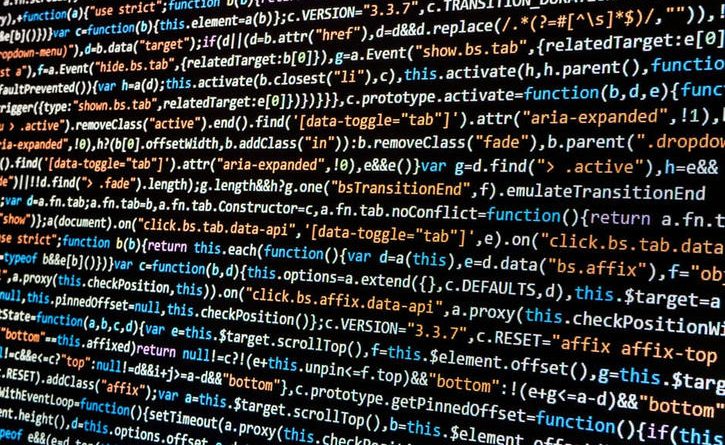 Data Science is an exciting field to work in, combining advanced statistical and quantitative skills with real-world programming ability. There are many potential programming languages that the aspiring data scientist might consider specializing in.

While there is no correct answer, there are several things to take into consideration. Your success as a data scientist will depend on many points, including:

When it comes to advanced data science, you will only get so far reinventing the wheel each time. Learn to master the various packages and modules offered in your chosen language. The extent to which this is possible depends on what domain-specific packages are available to you in the first place!

A top data scientist will have good all-round programming skills as well as the ability to crunch numbers. Much of the day-to-day work in data science revolves around sourcing and processing raw data or ‘data cleaning’. For this, no amount of fancy machine learning packages are going to help.

In the often fast-paced world of commercial data science, there is much to be said for getting the job done quickly. However, this is what enables technical debt to creep in — and only with sensible practices can this be minimized.

In some cases it is vital to optimize the performance of your code, especially when dealing with large volumes of mission-critical data. Compiled languages are typically much faster than interpreted ones; likewise statically typed languages are considerably more fail-proof than dynamically typed. The obvious trade-off is against productivity.

With these core principles in mind, let’s take a look at some of the more popular languages used in data science. What follows is a combination of research and personal experience of myself, friends and colleagues — but it is by no means definitive! In approximately order of popularity, here goes:

Released in 1995 as a direct descendant of the older S programming language, R has since gone from strength to strength. Written in C, Fortran and itself, the project is currently supported by the R Foundation for Statistical Computing.

Verdict — “brilliant at what it’s designed for”

R is a powerful language that excels at a huge variety of statistical and data visualization applications, and being open source allows for a very active community of contributors. Its recent growth in popularity is a testament to how effective it is at what it does.

Guido van Rossum introduced Python back in 1991. It has since become an extremely popular general purpose language, and is widely used within the data science community. The major versions are currently 3.6 and 2.7.

Python is a very good choice of language for data science, and not just at entry-level. Much of the data science process revolves around the ETL process(extraction-transformation-loading). This makes Python’s generality ideally suited. Libraries such as Google’s Tensorflow make Python a very exciting language to work in for machine learning.

SQL (‘Structured Query Language’) defines, manages and queries relational databases. The language appeared by 1974 and has since undergone many implementations, but the core principles remain the same.

Varies — some implementations are free, others proprietary

SQL is more useful as a data processing language than as an advanced analytical tool. Yet so much of the data science process hinges upon ETL, and SQL’s longevity and efficiency are proof that it is a very useful language for the modern data scientist to know.

Developed by Martin Odersky and released in 2004, Scala is a language which runs on the JVM. It is a multi-paradigm language, enabling both object-oriented and functional approaches. Cluster computing framework Apache Spark is written in Scala.

When it comes to using cluster computing to work with Big Data, then Scala + Spark are fantastic solutions. If you have experience with Java and other statically typed languages, you’ll appreciate these features of Scala too. Yet if your application doesn’t deal with the volumes of data that justify the added complexity of Scala, you will likely find your productivity being much higher using other languages such as R or Python.

Released just over 5 years ago, Julia has made an impression in the world of numerical computing. Its profile was raised thanks to early adoption by several major organizations including many in the finance industry.

Verdict — “one for the future”

The main issue with Julia is one that cannot be blamed for. As a recently developed language, it isn’t as mature or production-ready as its main alternatives Python and R. But, if you are willing to be patient, there’s every reason to pay close attention as the language evolves in the coming years.

MATLAB is an established numerical computing language used throughout academia and industry. It is developed and licensed by MathWorks, a company established in 1984 to commercialize the software.

Proprietary — pricing varies depending on your use case

MATLAB’s widespread use in a range of quantitative and numerical fields throughout industry and academia makes it a serious option for data science. The clear use-case would be when your application or day-to-day role requires intensive, advanced mathematical functionality; indeed, MATLAB was specifically designed for this.

Well, there you have it — a quickfire guide to which languages to consider for data science. The key here is to understand your usage requirements in terms of generality vs specificity, as well as your personal preferred development style of performance vs productivity.

Unsupervised Learning is a class of Machine Learning techniques to find the patterns in data. The data given to unsupervised

20 ML API that you should know about