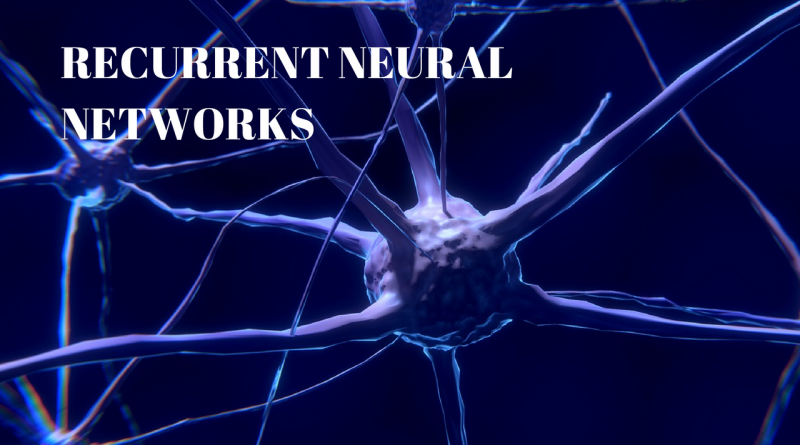 When we are to ask to write lyrics of a song or sing a song from starting, it’s easy but given a middle line or a word, it becomes difficult and takes more time to recognise the song and sing. This becomes even difficult when we are asked to sing a song backwards. The reason is we haven’t practised it and we have learned or trained it as a sequence. That’s what Recurrent Neural Network is all about.

So for example we know B comes after A very easily but difficult for vice versa Memory matters when our data is a sequence of some kind. Sequential data are ordered data were related things follow each other. No doubt RNN is one the most popular neural network world.

Unlike feedforward neural networks, RNNs uses their internal state (memory) to process the series of inputs. Since RNN works on series data. This makes RNN applicable for tasks such as handwriting recognition[1] or speech recognition.

The feed forward neural network has a hidden layer which gets input and produces output. The information moves from left to right through the network which makes impossible to touch a node twice.

Neural network predicts the data trained from previous inputs.Recurrent neural networks address the issue that normal neural network face. They are networks with loops in them, allowing information to persist and reside.This chain-like structure of RNN proves that they are intimately related to sequences and lists. 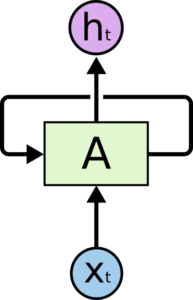 Back propagation is basically going backwards through neural network in order to find the partial derivatives of error with respect to the weights, which enables you to subtract this value from the weights. Those derivatives are then used by gradient descent. Then it adjusts the weights up or down, depending on which decreases the error. That is exactly how a neural network learns during the training process. So, with back propagation you basically try to tweak the weights of your model while training.

RNN suffer from short term, to overcome this LSTM and GRU were used. They are solved through gates, which tells which are the to be considered for other layers

Exploding gradients assigns high importance to the weights. Fortunately, this problem can be easily solved by truncating the gradients.

Vanishing gradients takes place when the values of a gradient are too small and model stops learning or takes away more time. It is harder to solve than the exploding gradients. It was now solved through the concept of LSTM

Now you have proper understanding of how a Recurrent Neural Network works, which enables you to decide if it is the right algorithm to use for a given Machine Learning problem. You can also check our post on Neural Style Transfer