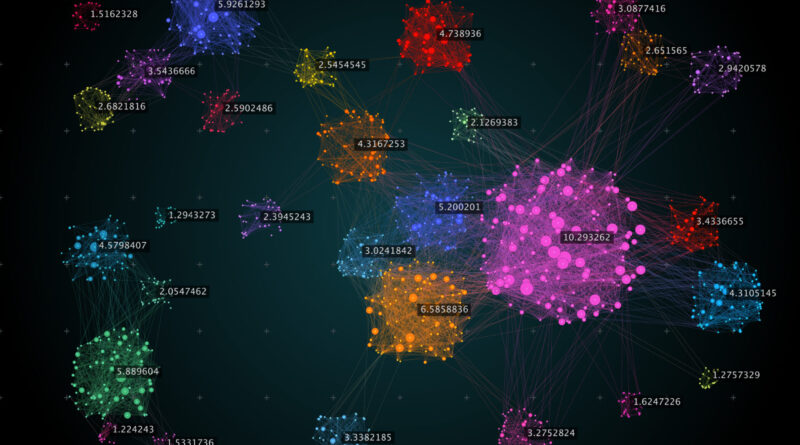 The process of identifying same groups of data in a data set is known clustering. Clustering or cluster analysis is basically an unsupervised learning process. It is usually used as a data analysis technique for identifying interesting patterns in data, such as grouping users based on their reviews.

1. Hard clustering:  In this type of clustering the  data point is assigned to only one cluster. It is also known as exclusive clustering. The k-means clustering mechanism is the best example for it.

3. Hierarchical clustering: In hierarchical, a hierarchy of clusters is built using the top down (divisive) or bottom up (agglomerative) approach.

4. Flat clustering: It is  a simple technique, we can say where no hierarchy is present.

5. Model-based clustering: In model based technique data is modeled using a standard statistical model to work with different distributions. The idea is to find a model that best fits the data.

k-Means is a basic technique which is used in machine learning. It was developed in 1967 by researcher named john Macqueen. K Means is specially used for unlabeled data. It is the type of unsupervised learning and it is a popular among all the unsupervised learning techniques. This technique is known for its simplicity and efficiency. K Means algorithm is used when the dataset is not well organized.

It determines the centroids points and then locates each data point to the nearest cluster. In simple words it refers to the data averaging.

In the previous algorithm number of clusters has to be defined earlier before processing the task and this was the drawback of the K means algorithm. In order to overcome this problem mean shift algorithm is used.

It is also known as non parametric algorithm and it doesn’t work on any assumptions. It give the data points to clusters randomly by shifting the highest value of data points (cluster centroids). In this outliers doesn’t create any issue. It is used to process complex clusters.

DBSCAN is a algorithm in which the detect the area of higher density which was spilled by low density region. The different shapes are discovered in the DBSCAN and is optimized in large data amount and this contains noise and outliers.

The two major concepts of DBSCAN Is listed below:

This algorithm is use to search the maximum probability for the parameters of the model if the dataset is not fully completed and data points are missing. This is the repetition to approximate maximum probability functions. In simple terms the more complex the algorithm is the more is the possibilities of finding the parameters are there even though missing data is there. In order create a better guess for the initial set we utilize new values in the algorithm. The given data is used to find the missing data and then those parameters are updated in the records

Following steps are used to find the model parameters in the given variables:

This clustering algorithm is very popularly used to merge the variable by finding their similarity. It treats each object as a single cluster. It continues joining all the pairs of object clusters until all are grouped into 1 single clusters

Steps to learn the Agglomerative hierarchical clustering in easy way:

That’s all about these algorithms hope it was a good read and you now understand the process of each algorithms. You can also check this post on Unsupervised learning.