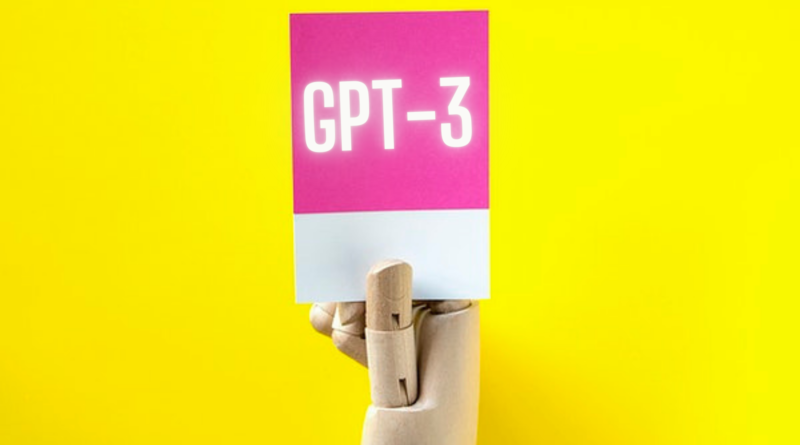 It has been quite a long time since we have been hearing about the advent of GPT-3. It is astonishing to note that this machine model has been continuously evolving and now it is the third generation of this model. GPT-3, the shorthand of Generative Pertained Transformer-3 is widely noted for the fantastic results it produces.

OpenAI is an organization that focuses on designing artificial general intelligence devices that can compete well with humans in terms of intelligence. The organisation primarily pursues unsupervised machine learning algorithms. This new GPT-3 model was first announced in June by OpenAI although the model has not yet been released for general use due to fear about the malicious use of this technology. 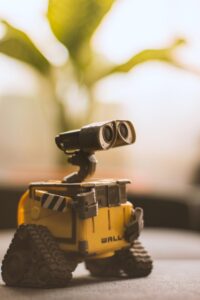 How is GPT-3 different from its predecessors?

The third generation GPT-3 displays its extraordinary talent in interpreting text, answering questions, and accurately composing text. This new technology is an extremely useful language algorithm that utilizes machine learning to study the input(might be a series of words, text, and other information) and then aims to produce a suitable output for the input by analysing it thoroughly.

The predecessors of GPT-3 were GPT and GPT-2.They were most commonly known as Transformers. They had made their advent in 2017. So what did these transformers do? They used a function called attention to calculate the probability that a word will appear given surrounding words. GPT-2 was trained in 40Gb texts(1.5 billion parameters) and could effectively recognise words in its vicinity.  It was able to predict convincing streams of text in various styles when we provide an opening sentence. GPT-2 allowed experts to generate excellent and logically consistent writing.

GPT-3 is more advanced, progressed and evolved than its predecessors, GPT and GPT-2. It is one among the most powerful language models that has ever evolved. The model has 175 billion parameters compared with GPT-2’s 1.5 billion. GPT-3 can effectively process a large number of English sentences.

Since  GPT-3 is trained on 175 billion parameters somewhat heading over to a trillion words,it can effectively distinguish between the linguistic patterns in the input data. Minor fine-tuning can help the model to function explicit NLP tasks such as basic maths.  It can effectively do three-digits addition and subtraction.

GPT-3 can be understood as an incredibly sophisticated text indicator. It is able to achieve the so-called “meta-learning.” We provide a piece of text as input and the model tries to generate the best possible text that can appear next. Then the model takes the original input and the generated text output together as the input for the next round creating the next output till the limit has been reached. We need to feed the model with a huge amount of text until we reach a point where the model is self reliable in predicting the output.

The following graph displays the profits in terms of accuracy for various zero, one and few shots as a function of number of model parameters, it can be observed that huge gains are obtained due to size-scaled up. 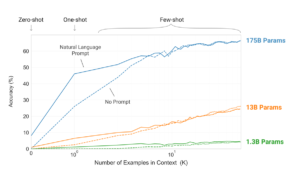 Graph of benefits in context of accuracy and number of examples, pic credit 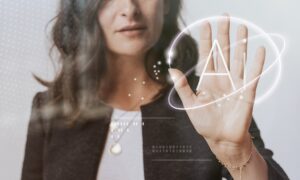 GPT-3 has been a major advancement in Artificial Intelligence with 175 billion parameters( 10 times longer than its predecessor GPT-2 ). It had been said to reach the highest level of human-like intelligence through natural language processing. This technology is still evolving and there will be a lot of advancement in the near future. But, this model indeed revolutionizes the language processing abilities of existing systems. In the era of artificial intelligence, we can see this model to be a sign of immense progress in technology. This is, of course, a major leap.