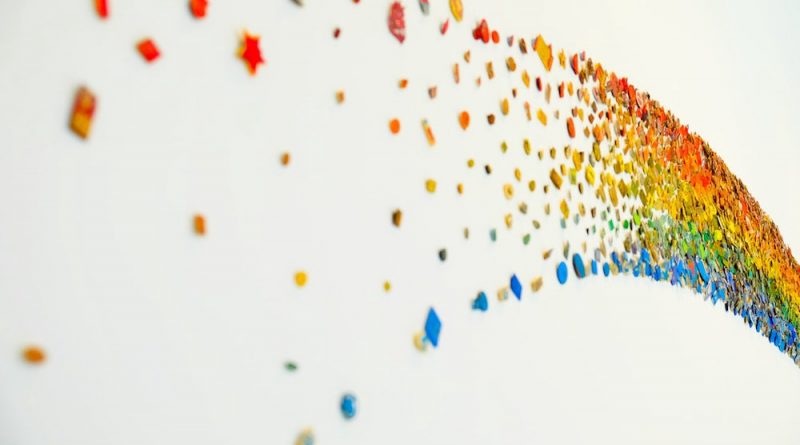 Unsupervised learning is category of machine learning approach which deals with finding a pattern in the data under observation. In this approach input variables “X” are specified without actually providing corresponding mapped output variables “Y”

Here, the scatter plot to the left is an example for supervised learning where we use regression techniques to find best fit line between the features to classify or differentiate them. Whereas, in the case of unsupervised learning(right) the inputs are sequestered – prediction is done based on various features to determine the cluster to which the current given input should belong.

Clustering is a type of unsupervised learning approach in which entire data set is divided into various groups or clusters. In simple terms, crux of this approach is to segregate input data with similar traits into clusters

This can be explained with an example mentioned below.

Hierarchical clustering is bit different from K means clustering here data is assigned to cluster of their own. There are two approaches in hierarchical clustering they are bottom up approach and top down approach. In bottom up approach each data point is regarded as a cluster and then the two cluster which are closest to each other are merged to form cluster of clusters. The algorithm goes on till one cluster is left. Whereas, in top-down approach all the data points are regarded as one big cluster which is broken down into various small clusters.

Hierarchical clustering can be illustrated using a dendrogram which is mentioned below.

Algorithm for both the approaches is mentioned below

DBSCAN algorithm as the name suggests is a density based clustering algorithm.  it tends to groups together data points from a particular dataset that are closely packed together (points with many nearby neighbours),and also  marking as outliers points that lie alone in low-density regions.

Before starting on with the algorithm we need to highlight few parameters and the terminologies used. So, let us consider a set of data points that need to be clustered. Let ε (epsilon) be parameter which denotes the radius of the neighborhood with respect some point “p”. In case DBSCAN algorithm points are classified into core points, reachable points(boundary point) and outlier.

NOTE: Only core points can reach non-core points. The opposite is not true

That’s a quick overview regarding important clustering algorithms.
Thanks for reading, Follow our website to learn the latest technologies, and concepts.
You can also check out our post on: Loss Function and Optimization Function

It has been quite a long time since we have been hearing about the advent of GPT-3. It is astonishing