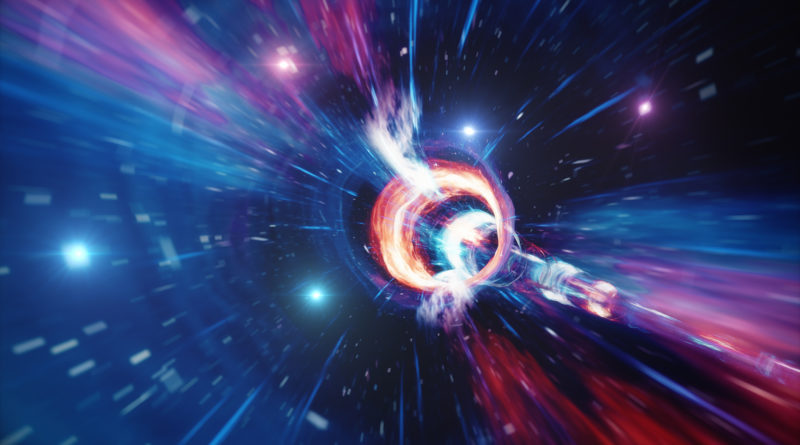 Nothing is as far away as one minute ago

Time has always been a fascinating concept. Time travel was something scientists and researchers always wished to attain. The thought of a time machine has always been a hot topic of discussion.
The major question posed is, Is it possible to travel back in time?

Well, the answer was proved to be Yes. Researchers from the Moscow Institute of Physics and Technology teamed up with colleagues from the U.S. and Switzerland and put forward an amazing experiment substantiating the concept of travelling back in time. They returned the state of a quantum computer a fraction of a second into the past. This was a great milestone in the history of exploration of Time. Let us know more.

To understand the underlying concepts of the experiment, it is essential to have an idea about the second law of thermodynamics

The total entropy of an isolated system can never decrease over time, and is constant if and only if all processes are reversible.

This is the second law of thermodynamics. Quantum Physicist Gordey Lesovik from MITP commented that this law is closely related to the notion of the arrow of time that posits the one-way direction of time from the past to the future.

Usually, the laws of physics make no distinction between the future and the past. Let us take the example of an equation describing the collision and rebound of two identical billiard balls. If the video of the collison and rebound is reversed, it can still be represented in the same equation. Something to be noted is that both the videos are indistinguishable.

The story behind reversing Time

An attempt was made to check if time could spontaneously reverse itself at least for an individual particle and for a tiny fraction of a second. That is, instead of the colliding billiard balls, they examined a solitary electron in empty interstellar space. The motive of the experiment was to have an artificially created state that evolves in a direction opposite to that of the thermodynamic arrow of time. In simple words, to travel from the future to the past.

What was the major breakthrough in time travel?

The evolution of the state of an electron is governed by a famous equation known as Schrödinger’s equation. Although it doesn’t make any distinction between the future and the past, the region of space containing the electron will spread out very quickly. That is, the system tends to become more chaotic. The uncertainty of the electron’s position keeps on increasing. This is analogous to the increasing disorder in a large-scale system like a billiard table due to the second law of thermodynamics.

But, we have a loophole. Schrödinger’s equation is reversible. Let us understand it mathematically. Under a certain transformation known as complex conjugation, the equation will describe a ‘smeared’ electron which is localizing back into a small region of space over the same time period. A smeared electron indicated one that is noted messily. We do not see this in nature but this can happen theoretically. The reason for the same is a random fluctuation in the cosmic microwave background permeating the universe.

Imagine a situation when an electron started to localize the time we started to observe it. Then it is possible to determine the position of space with pretty much accuracy. Maybe not the exact location, but we can outline a small region with high accuracy.

The team of scientists conducted an experiment to calculate the probability to observe an electron “smeared out” over a fraction of a second localizing into its recent past. But the probability of such an occurrence was very small. To be more precise, even if we spend the entire lifetime of the universe, that is, 13.7 billion years by observing 10 billion freshly localized electrons every second, what we waited for will happen only once. That is the reverse evolution of the particle’s state would only happen utmost once. And even then, the electron would travel no more than a mere one ten-billionth of a second into the past.

Time travel to the past using Qubits

The next attempt to reverse time was a four-stage experiment. Instead of observing an electron, they observed the state of a quantum computer made of two/three basic elements called superconducting qubits.

Each qubit is initialized to zero in the ground state. This can be compared to a rack of billiard balls before the hit or an electron localized in a small region.

In this stage, the order of arrangement of qubits is lost. The state of the qubits becomes a very complex changing pattern of zeros and ones. This can be compared to the broken rack in a billiard table or the electron which is smeared out over an increasingly large region of space. This has been achieved by briefly launching the evolution program on the quantum computer.

A special program modifies the state of the quantum computer in such a way that they revert back to the earlier order from the chaos. This is similar to the random microwave background fluctuation in the case of the electron. But the difference is that here, it is deliberately induced.

The evolution program from the second stage is launched here once more. If everything had happened smoothly, it can be observed that the state of the qubits changes back into the past. We observe that the qubits retrace their trajectories in reverse playback, eventually forming a triangle.

Did the qubits travel through time?

It was found that in 85 percent of the cases, the two-qubit quantum computer returned back into the initial state. The three-qubits quantum computer had roughly 50 percent success rate. More errors occurred in this case due to imperfections in the actual quantum computer. As more sophisticated devices get designed, the error rate is expected to drop.

Time travel is an amazing concept. This experiment was a major turnover which proved that it is possible to travel through time.  Numerous researches are being conducted on this field. Time is something that has much more to be discovered in. What we know is just a drop, what we do not know is an ocean. Let us hope that a time machine will be built in the near future. Meanwhile you can also checkout this post on Quantum Computer.