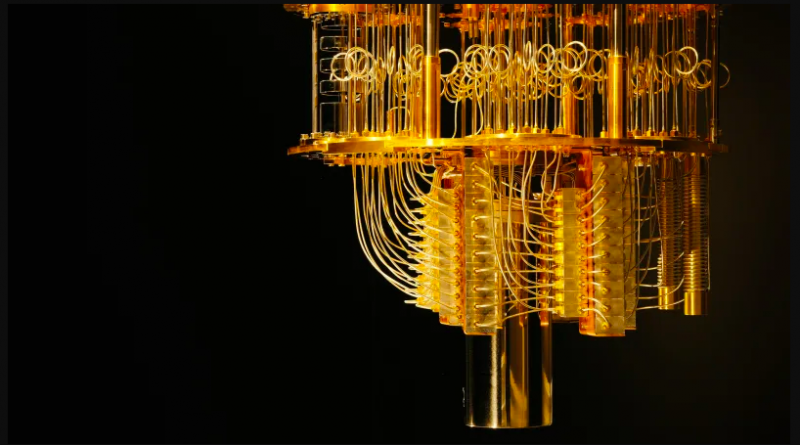 Initially, qubit is in superposition state which is represented by single valley (Minima). Then annealing is applied, the barrier is raised, which turns the diagram into double well structure (double well potential). So, let’s consider the low point on the left valley represent state zero and low point on the right valley state one. The probability of qubit going into “0” state and “1” state is fairly equal i.e. probability is 0.5 for qubit to enter in either of these states. Now this probability of a qubit falling into any of the states can be controlled by using external magnetic field which will therefore result in increasing the probability into the lower well. This external magnetic field is called bias. In the below diagram bias is applied in such a that state “1” is the resulting lower well(lower energy level). Hence, probability of a qubit ending into “1” state is higher.

Coupler is the device that defines how qubits influence each other. It uses another concept of quantum mechanics called quantum entanglement. Let us consider we have two qubits therefore; coupler makes sure that the that both the qubits enter into same state (i.e. both qubits enter into “1” state or “0” state) or opposite state(“10”,”01”). So now the qubits are coupled hence they need to be considered as one unit. Thus, now we have four different states (00,10,01,11) and the relative energies of these states depend on the biases on each qubit and the coupling between them. So, for two qubits we got four different states, similarly, for three qubits we get eight different states. Hence the number of states increases at a rate of 2n where n is the number of qubits.

So, if we say we want qubits in same state then the coupler lowers the energy of those states “11” and “00” and alternatively if we want the qubits into opposite states the then coupler lowers the energy of the states “10”and “01”. Thus, this how a coupler makes sure that both the qubits enter into same state or opposite state.

So, in quantum computer we have whole set of qubits on which a biased is applied and these qubits interact with each using the coupler. The direction and strength of these biases and couplers can be set by a programmer like you, which in turns defines an energy landscape, and, annealing finds the lowest energy of the energy landscape.

Enough of this granularity and let us try to understand the entire process at much higher level.

Thanks for reading. That’s all for this post. Follow XpertUp for more such posts. Read more Quantum computing related posts here.