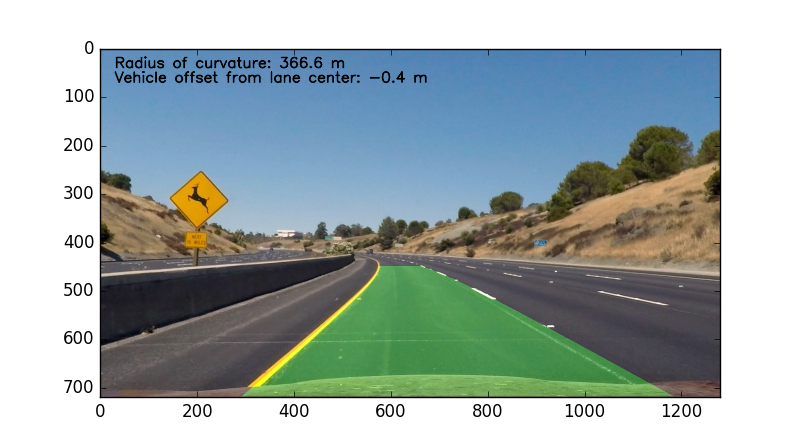 Detect lanes using computer vision techniques. This project is part of the Udacity Self-Driving Car Nanodegree, and much of the code is leveraged from the lecture notes.

The following steps were performed for lane detection:

Here is the final video output on Youtube. The same video is ‘out.mp4’ in this repo. The original video is ‘project_video.mp4’.

Run python line_fit_video.py. This will take the raw video file at ‘project_video.mp4’, and create an annotated output video at ‘out.mp4’. Afterwards, it will display an example annotated image on screen.

To run the lane detector on arbitrary video files, update the last few lines of ‘line_fit_video.py’.